Ever wondered what a promo is, and if promo means the same as a white label? Or how to identify them? And whether the police will be battering your door down if you buy one?!

In this article I tackle all those questions, so read on.

Promo is short for promotional copy.

Today, pre-release copies of an album are just digital music files, usually uploaded somewhere and protected by a login. The journalists who will be writing about and reviewing the release are then given the login credentials. The more famous the artist, and/or more eagerly awaited the album, the greater the security and paranoia surrounding the process, in case the music leaks out before it’s supposed to. Which it often does.

But in the past, promotional copies of forthcoming releases were manufactured as records, CDs or cassettes, which were sent out to radio DJs, club DJs, journalists and record shop buyers etc.

Of course, it doesn’t make sense to do that today. For a start, the cost of manufacturing vinyl is much higher. Today, vinyl is more of a connoisseur’s product with a high perceived value. But in decades gone by, vinyl was just how everyone listened to music, and so it wasn’t a problem to knock up a few hundred promos.

Plus: as a result of vinyl’s renewed popularity and the lack of capacity in the pressing plants, turnaround times today are much, much longer than they used to be. At the time of writing, labels can expect to wait from six months to nearly a year for the records they order, whereas the turnaround time used to be just a few weeks.

But CDs and cassettes also require a bit of time to manufacture. In today’s fast-moving society, why bother, when record companies can just upload the files somewhere.

Promos are popular among collectors, as by their very nature they’re more exclusive than the standard version of the release that anyone can just buy in the shops.

While many promos were promotional copies of a particular release, containing the same music as the commercial version, if not the same artwork, some items were only ever produced as promos, whether by accident or design. These can be more sought-after still, especially if they contain music that wasn’t otherwise officially released.

How can you identify a promo?

Sometimes promo copies were just finished copies of the actual release, but with some differences.

The idea behind the approaches below is that retail shops, who would be selling standard copies of the title after release, don’t sell promotional copies of it before the release date, or get a free copy they’re supposed to pay the wholesale price for.

The promo should look ‘unsellable’. And for typical consumers, that’s probably enough. Who wants to buy a record with a blank white label without any writing on it?! Oh… collectors!

Here are some of the ways promos look different to the standard releases:

Note that saw cuts are sometimes also used to mark discounted stock. Third party distributors buy overstocks in bulk from the original distributor, before wholesaling them at a lower price. These then appear in shops at a lower price, for instance as part of major chains’ ‘clearout’ campaigns.

The barcodes on record sleeves or CD packaging would sometimes be covered by a sticker, or crossed out with a marker pen.

And sometimes, parts of the packaging were missing:

Possibly the easiest way of all to identify a promo is if it says ‘Promotional use only – not for sale’ or similar on it. This was often achieved by applying a sticker to the sleeve or packaging, but it could also be stamped or actually printed as part of the artwork.

Such a warning wasn’t always applied to cutouts or where it was otherwise clear from the incomplete packaging that the item wasn’t intended to be sold in a shop.

And not everything that claims to be a promotional copy is actually a promotional copy. Bootlegs sometimes bear this legend, to try and disguise the fact they’re bootlegs. (What would a well-known artist gain from a ‘promotional’ release comprising scratchy home demos that sounded like they were recorded down a mine shaft?!)

Will you get in trouble if you buy one?!

Does that mean that anyone buying or selling promos in secondhand record shops, online or at record fairs is breaking the law?

Well, I’m not a lawyer, so don’t take this as legal advice, but music fans have been buying and selling promos for as long as there have been promos.

There’s always been a trade in them. After all, people who get sent them in the course of their work get sent loads. What at first can be really exciting – free vinyl and CDs! – can over time become a chore. All those records and CDs to plough through, in the hope of finding something that won’t be yet more of the same boring/generic/commercial rubbish.

People receiving promos don’t necessarily like them all, or have room for them all, even if they do like them! Journalists, DJs and other industry insiders have therefore always offloaded their promos to friendly secondhand record dealers.

Are promos the same as white labels?

Not necessarily, although the terms are sometimes used interchangeably, especially in dance music scenes. See further below for more on the importance of promos in dance music.

Labels would press a few hundred promos/white labels and send them to DJs and record shops. But not just any old DJs or record shops.

The promos would be sent to DJs who were well known or influential in their particular scene, in the hope they would like it. If they did, they’d play the record in clubs, and if all went to plan, clubbers would go wild dancing to it, building up a buzz around the track. The clubbers would then ask for it in their local specialist shops, who would also have received it and know what they were asking for.

But although labels and distributors also sent copies of the promos to specialist shops, these shops would hold them back for their regulars – local DJs who played at the leading local club night(s) in their genre. These would therefore be tastemakers who were in the know. This also contributed to building up a buzz around the track.

Only if any copies were still left would a few possibly end up in the racks, giving normal punters/aspiring DJs a chance to own them.

The shops would then report back to the distributors, which all goes towards building up the hype. The distributors could then say to the press (or today, more likely websites) that the track was building up a head of steam and destined to be a big tune.

The press would then report on this amazing tune that’s filling the dancefloors, which introduces it to another, much wider, section of the public. By the time the official release comes out, people are chomping at the bit to get their hands on it.

Loads and loads of tracks have broken in this way (“sellout!”), often ending up in the charts and being the ubiquitous tunes that even people who don’t actively follow music are familiar with.

Hopefully you’re now clear what a promo is, and how to identify one. And although they’re usually marked as not being for sale, as far as I can tell, the country’s prisons aren’t full of people who bought a promo record, CD or tape from a record dealer. So don’t worry too much about the prospect of having to share a bunk with Psycho McPsychoface and performing your bodily functions in a bucket.

I wish you lots of success hunting down some interesting promos! 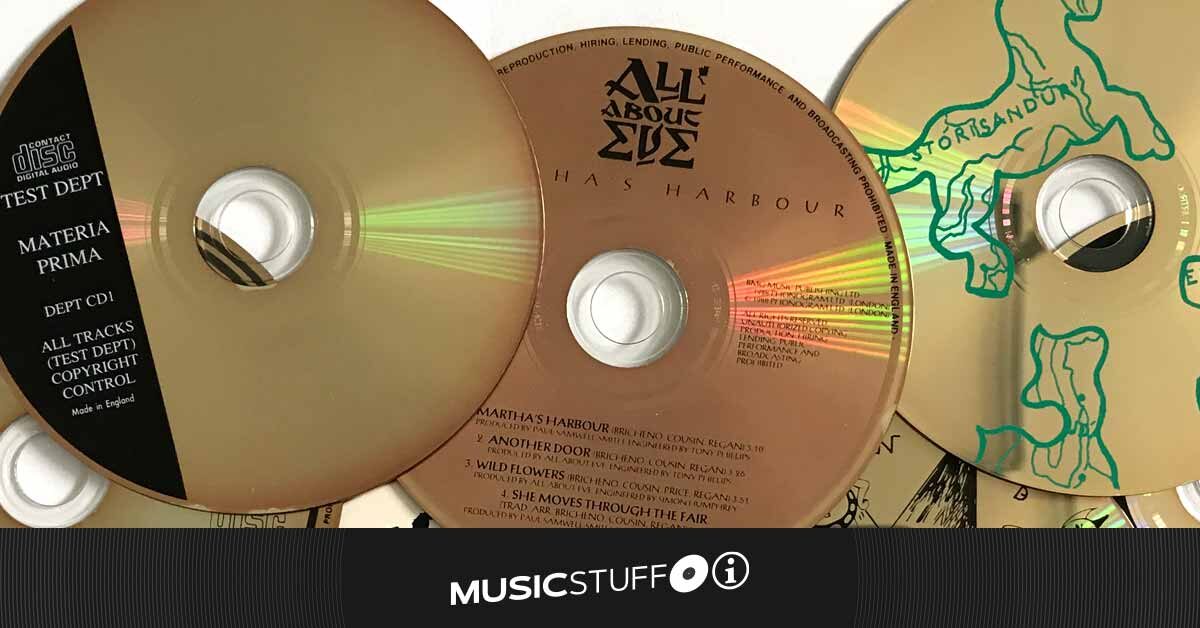 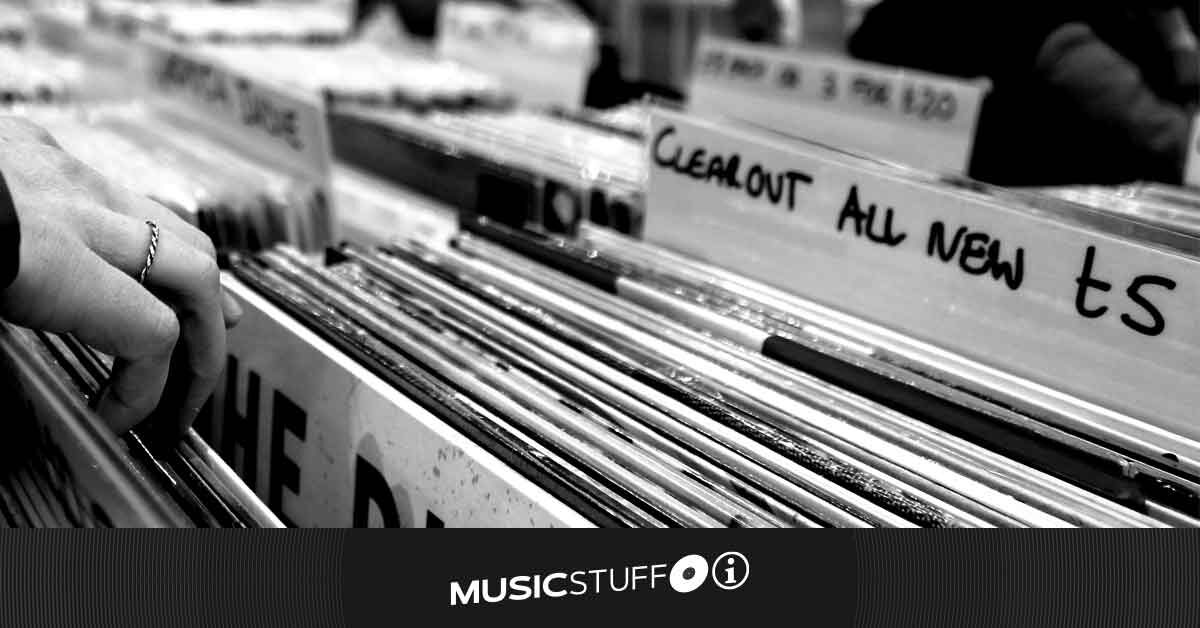 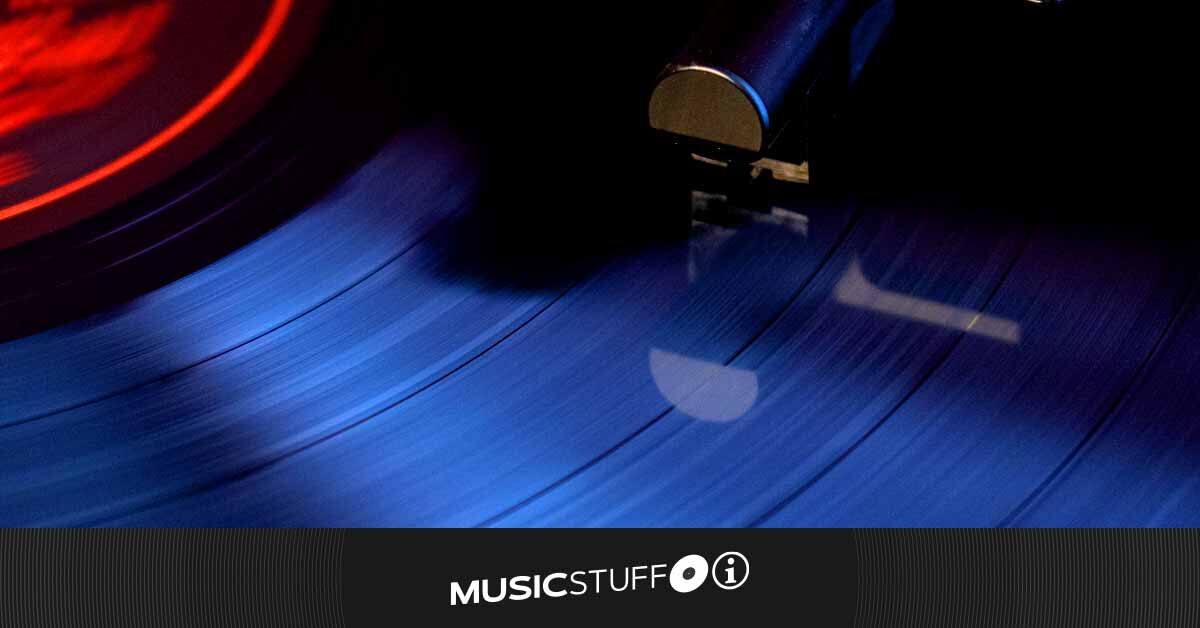 Wondering how vinyl records are made, and what all those masters, stampers, fathers, mothers and biscuits have got to do with anything? Read on!