Background hiss, weird warbling noises, and then they spew their guts out. But it doesn’t have to be this way – follow these essential tips on how to take care of cassette tapes, so you can obtain maximum listening pleasure from your collection for as long as possible. (But you’re stuck with the background hiss – that’s just how music cassettes work!)

Magnetic tape degrades over time. Even if you store your cassettes in a completely sterile environment, bringing them out to play them only once a year, wearing a hazmat suit to handle them, the music or information on them won’t last forever.

Also remember the maxim that you only get what you pay for. Or in this case: paid for, probably decades ago. There were a lot of cheap and nasty brands producing blank cassettes.

That being said, following these cassette care tips will help prolong their useful life.

How to handle cassette tapes

Before looking at how to store your cassette tapes, let’s look at how to handle them. Just as is the case with vinyl records and CDs, treating your cassettes with care will help them sound better for longer.

Without wanting to sound like your mother, wash your hands before handling your cassettes! Your fingers are otherwise oily, if not downright dirty or sweaty. These are all substances you want to keep away from your cassette tapes, as they can cause all sorts of unwanted physical and chemical reactions.

2. Handle them by their shell

Always handle your cassettes by their shell (casing, housing). Don’t touch the exposed tape, as this needs to be kept as free of contamination by dust, dirt, fingerprints and whatever else as possible. Also try to avoid touching or interfering with the reels.

Music cassettes are plastic things with moving parts in them, so don’t drop them or subject them to knocks.

4. Play them from beginning to end

Play your cassettes right through from beginning to end. (I realise this could be a chore, if not downright torture, depending on the music! But if you bought it, you presumably like it!)

The idea is to ensure that the tape is always fully wound onto one reel or the other, not a bit on both reels. This also means that when you eject it when it’s finished, you eject it at a place where no recorded information is contained. In the event that a mechanical process causes a problem when ejecting the cassette, the bits containing your precious music hopefully remain unaffected.

Also try to avoid rewinding and playing the same bit of your tape, ie your favourite track, over and over again. This causes the tape to wear out unevenly.

5. The more you play them, the more they degrade

Possibly weird for people who have grown up with downloads and streaming to appreciate, but cassettes – like vinyl – degrade with use. The more you listen to a cassette of your favourite music, the more you’re wearing it out. (Just imagine if the music you streamed was like that!)

There are no hard and fast rules, as this will depend on the quality of the magnetic tape and how well the playback devices you use have been cared for, but you should be OK for a few hundred listens, at least. After that: who knows?

Depending how many cassettes you have, and what’s on them, you may want to consider digitising them. That’s assuming the music they contain is not easily available on streaming platforms, download stores, vinyl, or even old-fashioned CDs. In many cases, obtaining a copy on another format will be less hassle, and probably cost less, than digitising them.

How to store cassette tapes

If you want to prolong the useful life of your cassettes (which, after all, are a type of media that degrades over time), the most important thing is to store them in a clean, controlled environment. High temperatures, low temperatures, fluctuating temperatures, high humidity, dust and elements in the air all affect magnetic tape in their own ways. But the result is the same: data loss!

Let’s look at these different factors, and what you can do to store your cassette tapes as well as possible, to stave off that future day when they to all intents and purposes become useless.

7. Store them in their cases

Sometimes the most effective remedies are the easiest to implement – keep your music cassettes in their cases when they’re not in use. (The same applies to video cassettes. And records and CDs!) That means putting them back in their cases after playing them, and keeping them there until you next play them (although see further down below for another scenario where it pays to remove them briefly).

Not only do the cases enable you to keep your cassette collection tidy and organised. They also protect your cassettes – and therefore the sensitive magnetic tape inside them – from all the dust, dirt, hair and who knows what else is floating about or lying about in your home (nothing personal!).

Music cassettes work on the principle that the moving tape passes over the read head in the player. Any particles of dust on the tape therefore briefly prevent the read head making full contact with the tape, resulting in a sound dropout. In other words, loss of audio.

8. Store them at the right temperature

Magnetic tape is sensitive to temperature, as are the cassettes it’s housed in.

Once temperatures start to increase much above typical room temperature (which is around 20–22°C, or around 70°F), the plastic housing can warp. Not only that, but the tape backing can distort, resulting in dropouts, as any dirt or gunk present within is pressed into the magnetic tape layer. Unlike the princess in Hans Christian Andersen’s story The Princess and the Pea, many layers before and after this gunk can also be affected, and the magnetic tape can flake apart, taking your precious music with it.

But before you whack the room thermostat settings right down, also bear in mind that if the room temperature is too low, air around the tape can freeze. Any moisture present in the air (see humidity, below) can then also freeze. And as if that wasn’t enough, mould can then form when it thaws again!

The ideal relative humidity value for the room in which you store your cassette tapes is 20 to 40% RH. If the atmosphere is too humid, mould can grow on the tape and inside its shell.

The tape also absorbs moisture from the air. It then expands, distorting the backing and causing dropouts, which are permanent.

Unless your cellar has been converted into a temperature-controlled living space, don’t store your cassette tapes there. The same applies to attics, garages and garden sheds etc. And don’t keep them in bathrooms or steamy kitchens!

As cassette tapes are magnetic media, it’s important to keep them away from strong magnetic fields. This includes not only magnets (duh!), but also amplifiers, speakers, TVs and electrical appliances and machinery in general.

Speaking as a human being, the idea of being permanently on edge doesn’t sound very appealing. I’d rather be lying down. But for cassette tapes, the opposite applies!

Avoid keeping them lying flat (ie parallel to the shelf or tabletop), as the reel mechanism in the cassette obeys the laws of gravity and sinks to one side of the shell – the side that’s at the bottom.

Instead, store them on edge, so the reels hang vertically and are equally supported by the lugs inside the cassette box, as shown in the first picture below. This means the weight on them is even. In the third picture below, storing cassettes like this means that, even though the reels are held in place by the lugs inside the box, they obey the laws of gravity and the one at the bottom bears more stress.

12. Give them a wind now and again

…But even here, there’s a catch.

If you spent an extended period of time lying in bed, your muscles would gradually atrophy. It’s the same with the reels of the cassette. You need to ensure they get some exercise occasionally.

One way to do this is to play them now and again, while bearing in mind that by playing them, you’re also contributing to them degrading. Aargh!

The other is to take them out of their cases periodically (every couple of years or so should do) and wind both sides, so that the tape has a chance to be wound completely onto the other reel and back again.

“Nah, I‘m winding all my cassettes,” said hardly anyone ever.

But if you actively listen to cassettes, and want to be able to enjoy them in future, it’s a good idea to do this, as it helps keep them active, also preventing slippage and deformation.

How to take care of cassette tapes – conclusion

Some of these music cassette preservation tips may sound like overkill, especially when I think about some people’s cigarette smoke-filled, tape-strewn homes.

But by following these tips as closely as you can, you’ll be prolonging your cassette collection’s useful life. (And remember that libraries and archives have a lot more detailed, specific information than this to worry about, to ensure the recordings entrusted to them are preserved as well as possible for as long as possible.) 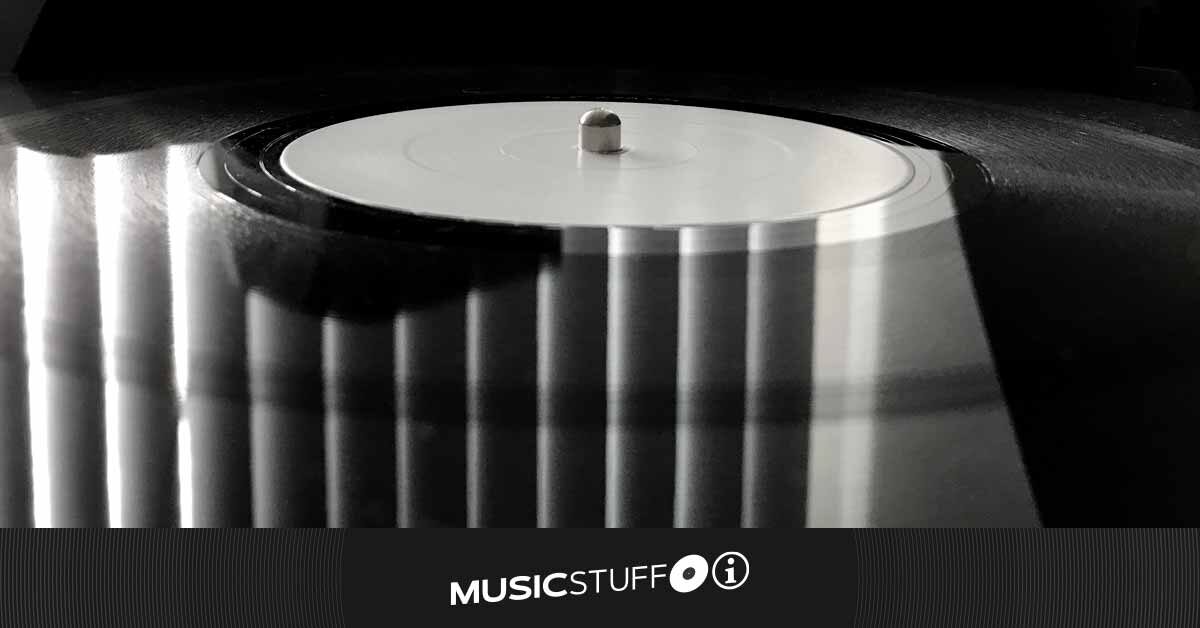 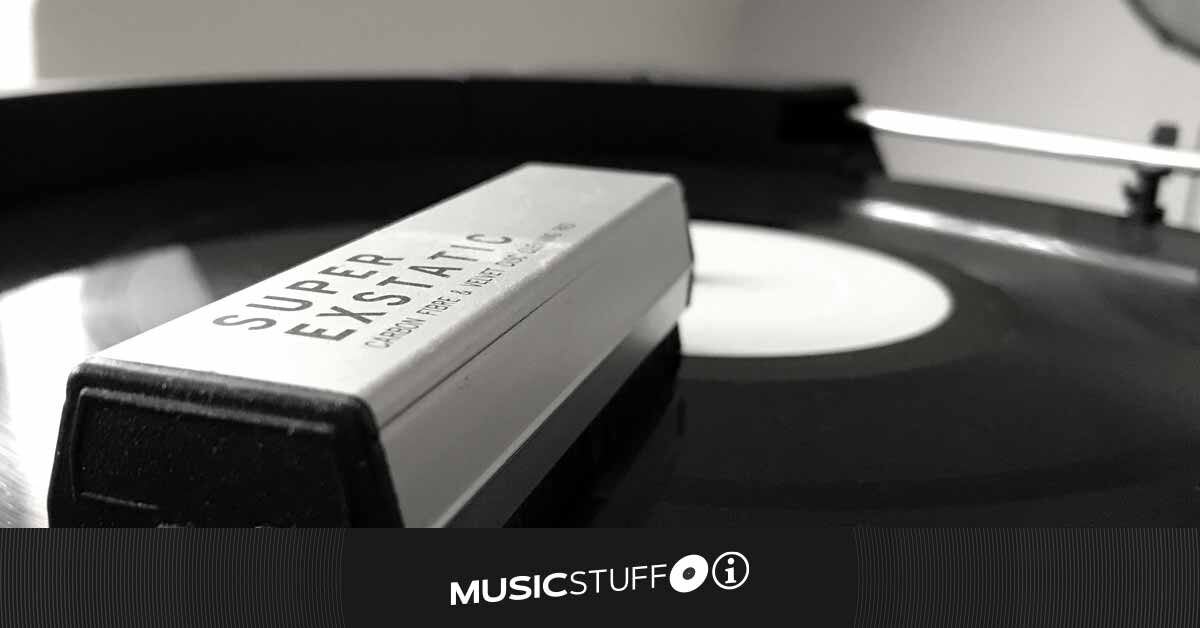 Learn how to clean vinyl records – the essential cleaning accessories, tools and techniques! From everyday care to more exotic options to zap those stubborn…